Tybee Island is on the Atlantic ocean and just about 12 miles from Savannah.  Happily it is maintaining a low-scale skyline [four stories seemed the limit] and an 'old school' beach feel - more so, of course, when visiting in Winter.

Coming upon the Fish Art Gallery was quite a delight.  Alas, it was closed, but as you can see, the yard is chock full of constructions and assemblages, and apparently some unique supplies for purchase for your own project. 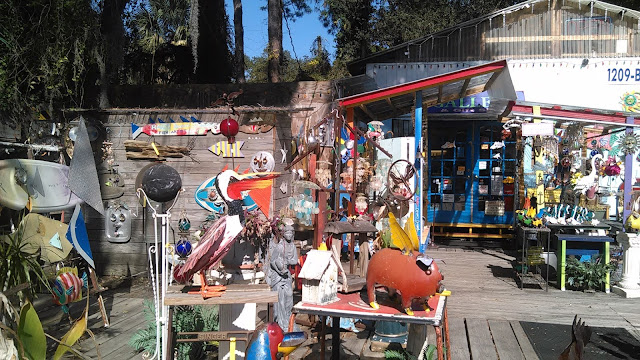 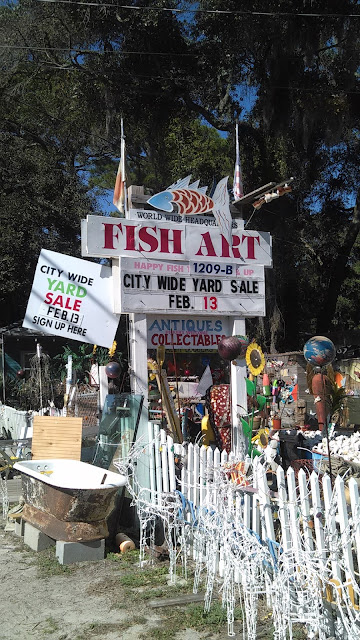 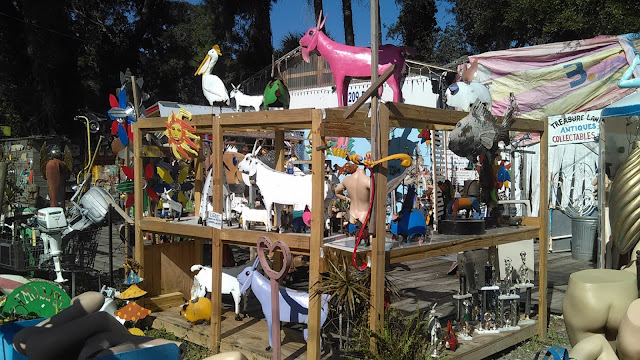 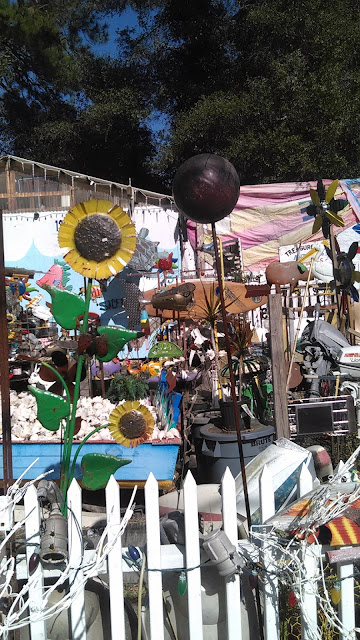 Ralph Douglas Jones is The Fish Man, morphed from sign painter to artist.  Here is a nice piece on his story at SavannahNow.com.

Back in Savannah, away from the shops and galleries,  I saw a space that looked like a gallery. Turns out it was a school administration building, but they were indeed hanging art. They let me wander in and explained it was a display of art from the Savannah schools, up to Middle School and there would be an opening and awards event later in the week.

I was given permission to photograph this large piece, which is a middle School collaborative project.  The subject is Tomochichi the 17th century Chief who gave the land for the settlement of Savannah,  I found this piece arresting, 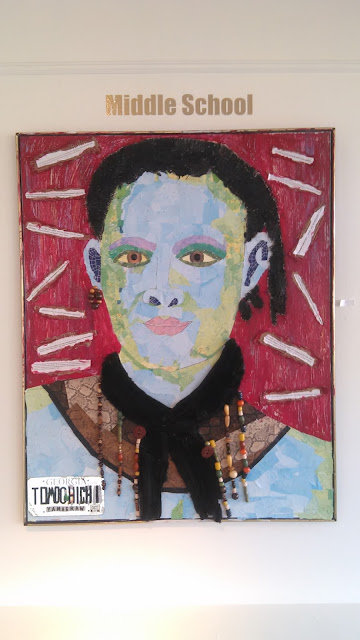