So it's Christmas morning and I find this delight on Facebook posted by my dear friend, digital artist Deb Booth. Just the space I want to be in today.   Deb's intro says it all.   Enjoy!

'This is one of the most delightful things I've seen in ages! What is it about people dancing/singing/creating together that makes me cry??? Anyway - do yourself a favor and watch this - it's funny, heartwarming and just what's called for.'

Merry Merry to All 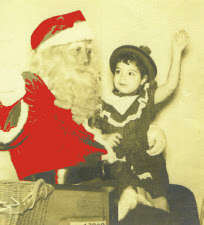 Posted by Altered E Art at 3:14 PM No comments:

Recently a friend sent me a copy of a collage he had done years ago.  We had a great conversation of the days before digital collage.  In our era, we had the wonderful Xerox machine - and at that time, most or perhaps all,  'copiers' were, in fact, Xerox machines.  At first there was only black and white images and then, eventually, color.  And after a time, one could enlarge or reduce an image directly on the machines. I remember being very excited about that capacity.  Earlier eras used tracing and carbon paper and multiple copies of the same image source, say, a newspaper or magazine, for repeated images.
In the mid-70's another friend of mine  lived in New York City and came across a color Xerox in a print shop.  The owner of the print shop had a stash of xeroxable iron-on transfer papers someone had left behind.  He sold it to my friend and allowed him to make color copies for the same price as b&w, which was fantastic, because typically color copies cost about $1.00 a piece.  I was living in rural Virginia and color xerox machines had not arrived.
I was working with a lot of vintage images then [yep, still at it] using old postcards and ephemera and hand colored photos.  I would paste-up these images on cardstock and mail them to my friend, who would then color xerox them on the transfer paper and return them to me.  I transfered the images to fabric and made them into quilts, hangings and boxes.
My favorite was a quilt made of those old-school lurid National Enquirer covers - which required double-xeroxing to get the text correct [the first xerox would create a mirror-image of the text]. Alas, I no longer have any of this work except for one box, which I made of hand-colored photos from my childhood, which I made into little stuffed 3-dimensional figures.
Awhile back my former husband, while rooting about in his storage unit, found a box containing a supply of unused iron-on transfers from that time.  I was as excited by the images as I was then.  I haven't tried them yet, and am not sure that they will transfer after all this time, but it was a fun moment just seeing them.
My collage friend also shared some interesting facts about Chet Carlson, they inventor of the Xerox. He and his wife were Zen Buddhists.  They donated the money that funded Ian Stevenson's research at the University of Virginia  on children who recall past lives, and that work continues with his successor, Bruce Greyson, M.D., who is the Carlson Chair.  Greyson is an authority on near-death experiences.  The Xerox was a novel and nonintuitive combination of physical phenomena which had, until Carlson, no know applications.  Thank you Chet!
﻿﻿
﻿﻿

This was sent to me in an art newletter by Stephanie Lynn and it shared my own feelings so perfectly, I am passing it along. 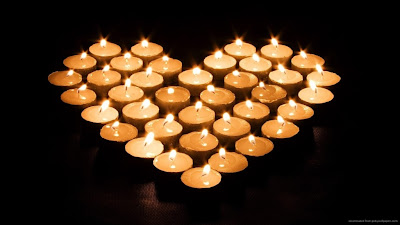 My heart has been filled with tremendous sadness throughout the weekend.
My thoughts and prayers go out to all...
the losses can not be compared.