Recently I came across a wonderful quote from Andy Warhol and decided to make it into a little pop of inspiration collage.  While googling for I'm not sure what, I also found the wonderful figure I've included in the Warhol collage.   She felt like a perfect avatar for 'art girl' energy.

Since I wanted to use her, I thought I'd try to find the original artwork, so I could credit the artist.  To my surprise, she is not a one-of-a-kind  piece, but actually a commercial doll from the Bleeding Edge doll series,  aka BeGoths from Varner Concepts. Her name is Opehlia Pain [pun very much intended, I assume]. I even found a WWF wrestler, whose persona is modeled after the doll.   I love where the internet can take you! 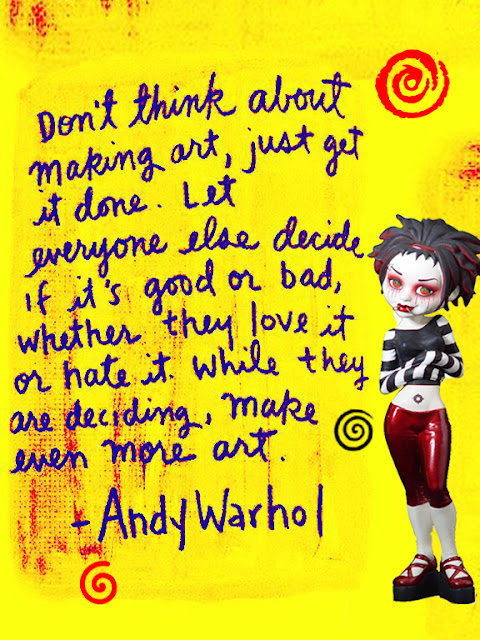 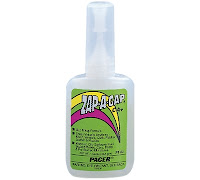 Another link-to-link journey, came from watching the wonderful and weird Discovery channel tv show, Oddities.  It is based in an NYC shop called Obscura, which, naturally, sells all sorts of oddities.  One episode showed a woman who made art from skeletons, and she demonstrated gluing a cat skeleton using Zap-A-Gap, a quick-action 'crazy glue' that fills any space between the items glued. Typically, crazy-glue has to be flat surface to flat surface. I'm always on the lookout for good glues and am now a happy purchaser of Zap-A-Gap.  If it works for cat skeletons, it's just fine for found objects!

Often my collages evolve from conversations.  Sometimes I just like a turn-of-phrase.  Other times I want to capture in imagery something I'd like to remember.  Just Say Ok captures both elements.